Bologna's medieval porticoes were inscribed on UNESCO's list of World Heritage sites on Wednesday the 29th of July, handing Italy a record number of recognitions for its cultural heritage.

The porticoes, a network of arcades lining the streets of the historic centre of the capital of Emilia Romagna, were recognised as an “outstanding example of a building type, architectural or technological ensemble or landscape that illustrates one or more important phases in human history,” UNESCO said in a statement.

Begun in the 12th century, the porticoes stretch over a staggering 62 kilometres (39 miles) in the medieval city, with most found in the centre. Made of wood, stone, brick or reinforced concrete, they cover streets, squares, passages and sidewalks. Acting as a shelter against the sun or rain, for centuries they welcomed merchants’ stalls and craftsmen’s workshops. Over the centuries, they also increased the city’s housing supply, with lodgings built atop them — an asset for Bologna, where millions of students have flocked since the founding in 1088 of its university, one of the oldest in the world.

The addition of Bologna’s porticoes means that Italy now has 58 sites recognised on UNESCO’s World Heritage list. It includes entire city centres, such as the historic centres of Rome, Naples and Florence, Venice and its lagoon, as well as archaeological areas such as the ruins of Pompeii and Herculaneum, and the scenic Amalfi Coast. The new classification is “an immense satisfaction and a great recognition that makes us happy,” said Bologna’s mayor, Virginio Merola.

Only twelve sets of porticoes and their surrounding built areas were classified as World Heritage. “In the 20th century, the use of concrete allowed the replacement of the traditional vaulted arcades with new building possibilities and a new architectural language for the porticoes emerged,” wrote Unesco. “The porticoes have become an expression and element of Bologna’s urban identity,” it said.

The longest covered walkway in the world is considered to be the portico that leads to Bologna’s Sanctuary of the Madonna of San Luca, a basilica sitting high above the city. The portico is 3.8 kilometres long, with 664 arches. 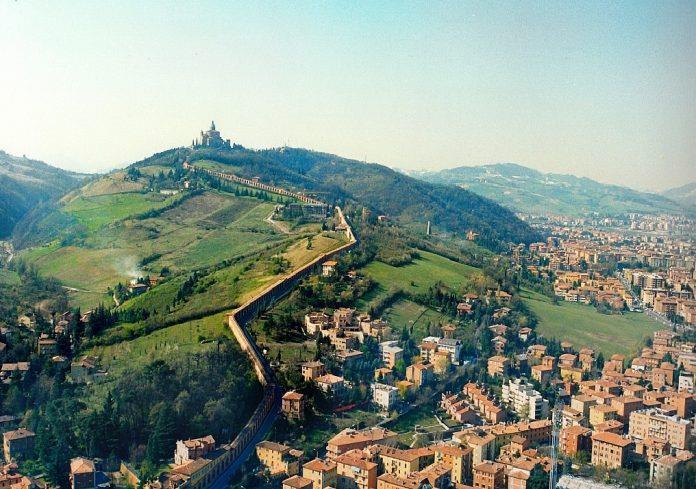