One of Pompeii's oldest frescoes has been restored to its colorful former glory using the help of laser technology.
The House of the Ceii, excavated between 1913 and 1914, is one of the city's rare ancient domus - single family residences which were built complete with an atrium and peristyle - dating to the late Samnite period in the 2nd century BC, according to the Archaeological Park of Pompeii. The house, thought to have been owned by a local magistrate, was elaborately decorated over several levels. A large fresco "adorns the back wall of the garden and was in view for those entering this luxurious house," Massimo Osanna, says interim director of the Archaeological Park of Pompeii. Osanna added that the picture features an animated hunting scene with wild animals arranged on several levels of the house. There are images of temples, statues and animals of the Nile Delta, he added. Created by anonymous artists, the decor "can also be seen on the walls of the Pompeian gardens, in order to create an illusion of enlarging the dimensions of such spaces and evoke an idyllic and suggestive atmosphere," he said. But over the years, the historic house fell into disrepair. A lack of proper upkeep and unsuitable restoration practices had seen progressive deterioration of the images, and damage to the frescoes, especially in the humid, lower parts of the building. 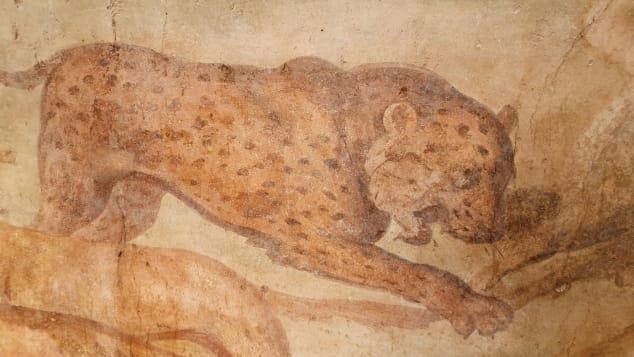 Using lasers to clean the painting's pictorial film, experts were able to clean portions of the painting, including the fresco's botanical decoration, while abraded parts of the art were recovered through precise pictorial retouching. Work on the house started in September, and is ongoing, according to the Archaeological Park of Pompeii. In this case, in all probability, the exotic and religious theme of the paintings testified to a link and a specific interest that the owner of the domus had for the Egyptian world and for the cult of Isis (an ancient Egyptian goddess), present in Pompeii in the last years of the city's life due to a very influential college in the city," Osanna added. 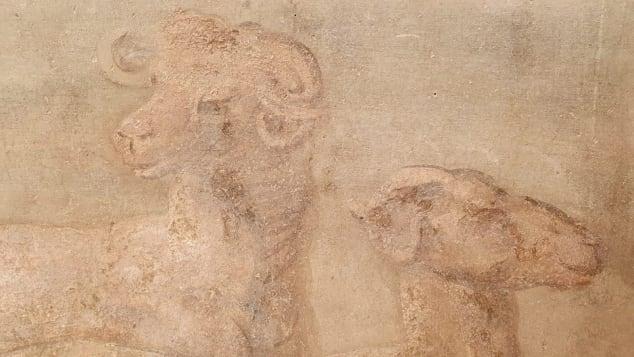 The ancient city of Pompeii is one of Italy's top tourist attractions, and a UNESCO World Heritage site.
Much of the Greco-Roman city is still covered in debris from when Mount Vesuvius erupted and blanketed the city in ash and pumice almost 2,000 years ago. And experts are still uncovering tidbits that give clues to what life was life when the city was functioning. In December, archaeologists uncovered a frescoed hot food and drinks shop that served up the ancient equivalent of street food to Roman passersby.